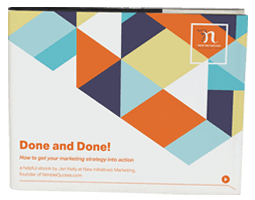 As you’re out networking at events, you know you just can’t meet everyone. You meet those you can, and follow up afterwards. But what if there was a way to extend your reach after an event? There is. Twitter.

Often times the event organizer will be tweeting throughout the event. More often than not they’ll tweet thank yous and summaries of what happened during the night, or who was there. Sometimes they’ll mention you with a few others in the same Tweet after the event. Here is your opportunity.

See the image below. I’m mentioned in there @jenkellyjen. So are a few others. The one underlined in red is who I want you to pay attention to. I didn’t know this person, but knew she was at the event.

I looked her up on Twitter and followed her. I recognized her as she won a door prize at the event. She followed me back. Then I sent her a direct message.. It started a conversation and we’re arranging an intro phone call this week. See below for how that conversation started: 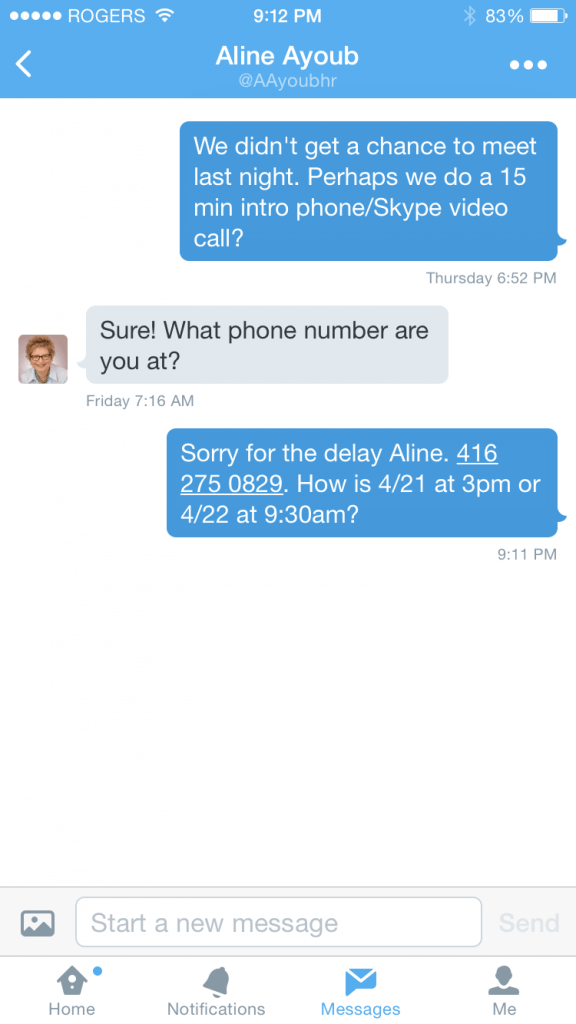 We’ve since had our first conversation and know more about each other’s business. We’re both members of Canadian Association of Marketing Professionals and were at a BNI event last Thursday. In the same room with 100 strangers, it was nice to see a familiar face.

Try it after your next networking event. This is an example of using Twitter to break the ice as you develop new business relationships. Generally speaking, most people on Twitter are open to an introductory conversation – it certainly is one of the easiest social networks to start connecting on. Good luck and let me know how it goes. If you want any pointers on next steps, give me a call, tweet to me, or send a direct message. I’d be happy to help.